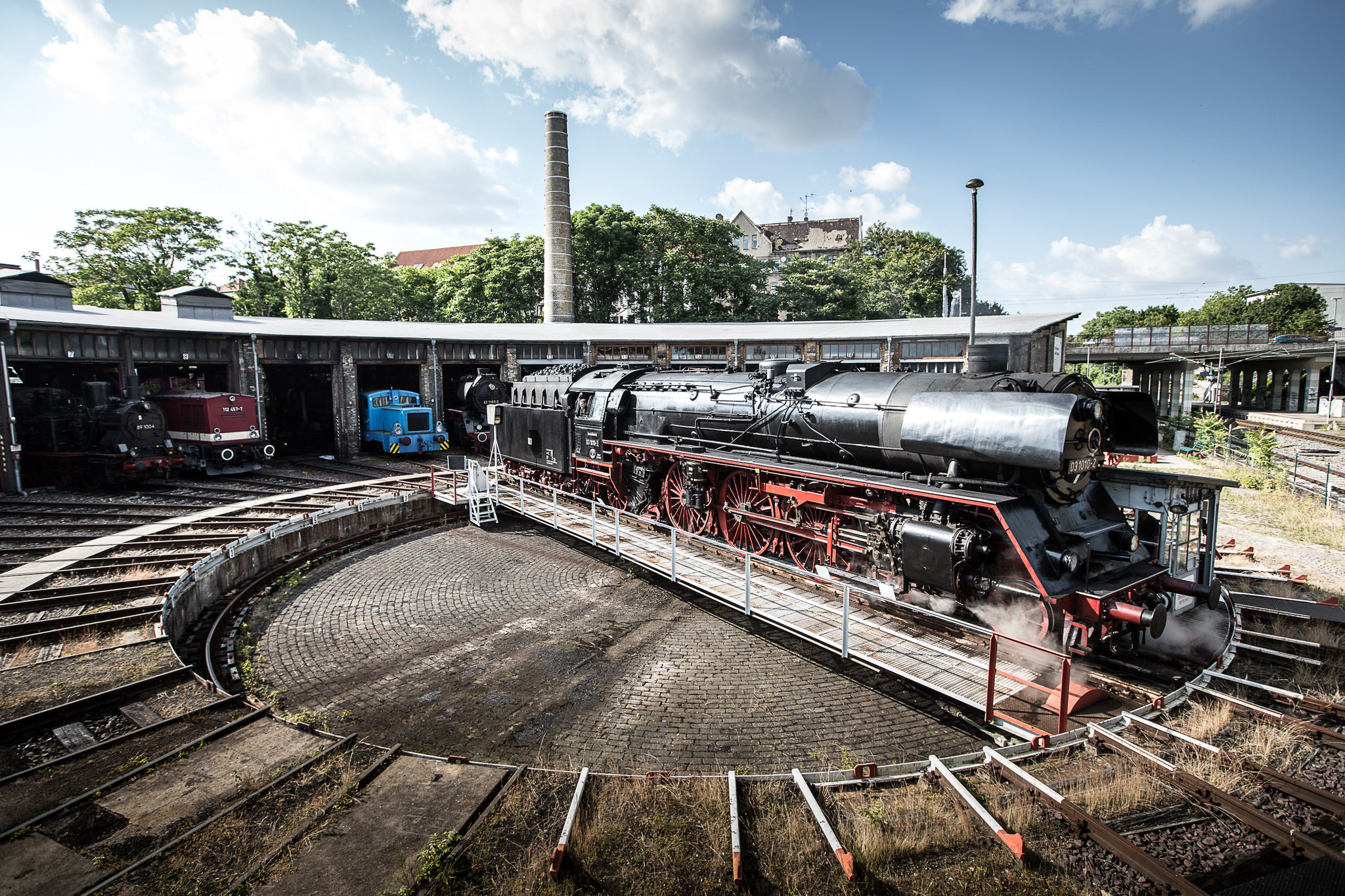 Witnesses to a long history

The museum in Halle (Saale) has been part of the DB Museum since 2003. Its historic locomotive shed IV predominantly houses Deutsche Reichsbahn vehicles from the former East Germany (GDR) and is home to an exhibition about the region's railway history and the GDR’s locomotive research and development department in Halle (VES-M Halle). 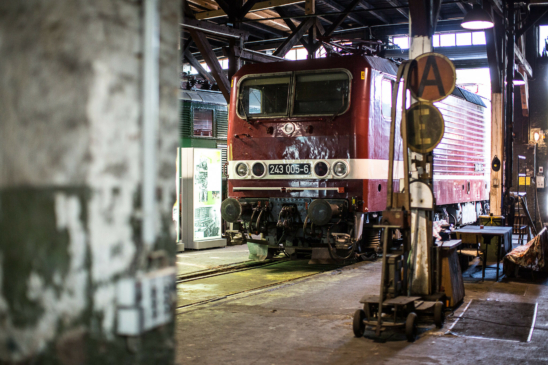 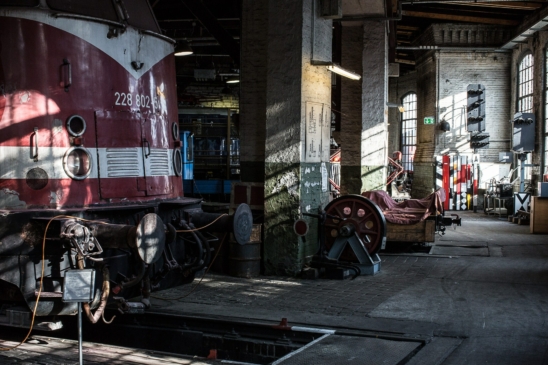 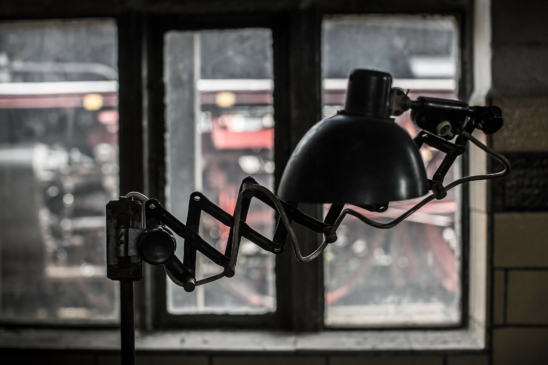 Locomotive shed IV, built in 1895, now houses the DB Museum, but it was once part of the Halle P. maintenance depot. The depot's earliest buildings date from 1863. Originally, the locomotive shed consisted of nine shelters for trains. Eight new ones were added in 1908. These had longer tracks and inspection pits, which were needed to handle larger locomotives such as the Prussian class P10 (later the class 39). 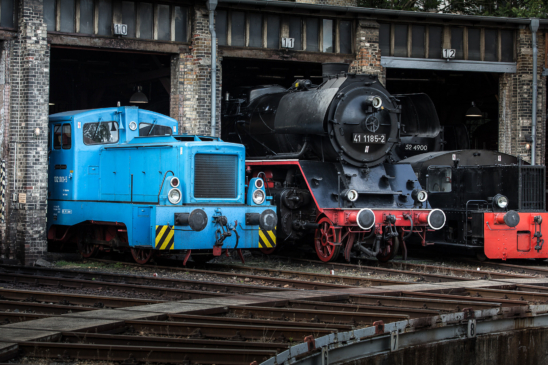 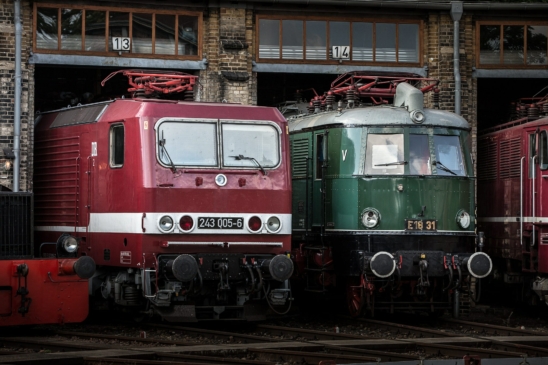 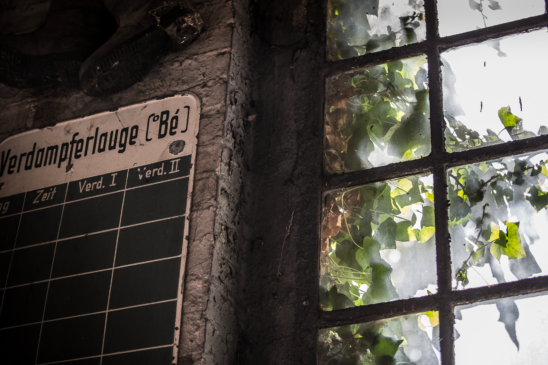 The locomotives in Halle

Over the years, this locomotive shed hosted countless illustrious vehicles, including the class 01, class 03 and class 39. In the late 1930s, the streamlined class 01(10) locomotives also began calling at Halle for maintenance work. Later, diesel locomotives predominated. In 1951, VES-M Halle, the Reichbahn's locomotive research department, took over the site and used it to trial new locomotive technology. The innovative new propulsion systems tested here included the E 18 31 electric locomotive and the Soviet Union's mighty diesel-powered 130 101. Both of these locomotives are now on display at the DB Museum.

All of the DB Museum vehicles on show in locomotive shed IV are cared for by a BSW group dedicated to maintaining the traditions of the Halle P. depot (BSW is an organisation set up to support railway staff in Germany). The venue can be hired for special occasions – simply contact the relevant person at the museum (see the right-hand column for contacts). 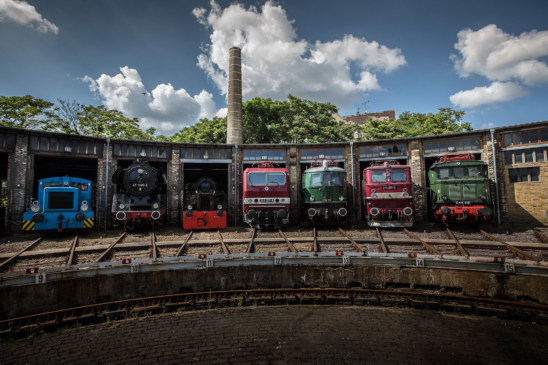 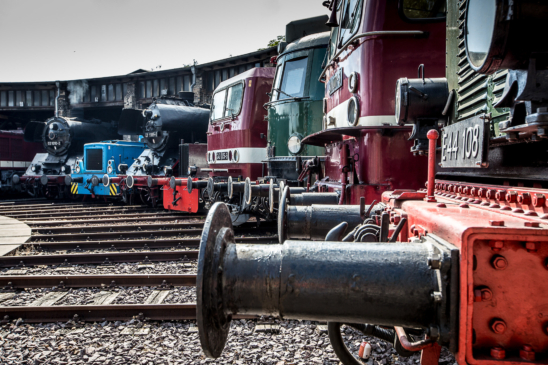 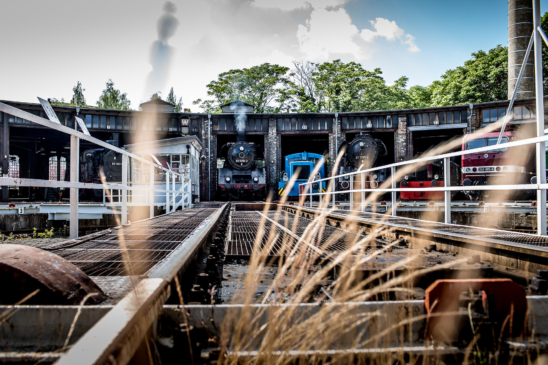