An engine of superlatives

At 130 tonnes, the distinctive burgundy class 05 was one of the heaviest steam locomotives ever built. It was also one of the fastest. Its sister locomotive, 05 002, set a world steam record in 1936. With its streamlined casing, it could almost be mistaken for a diesel or electric train. Locomotive designers had been experimenting with aerodynamic design since the turn of the century as a means of achieving higher speeds.

The result of years of research

The class 05 delivered to Deutsche Reichsbahn from 1935 was the product of years of research. It was manufactured in the early 1930s by the Berlin company Borsig. When developing the locomotive, the designers carried out tests in a wind tunnel with 1:20 scale wooden models. Numerous hatches and shutters were built into the streamlined casing to allow maintenance. However, the streamlining did not prove very effective and was removed from all the locomotives a few years after the Second World War. 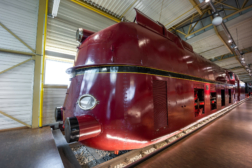 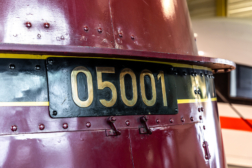 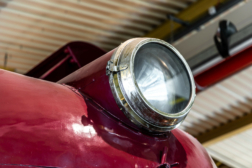 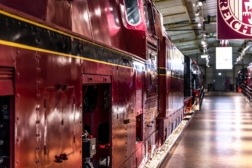 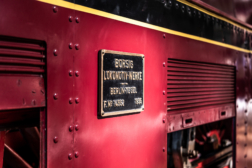